The Seychelles can almost be described as a crown, dotted with a collection of rare gems in the form of isolated islands and remote atolls. One of the crown jewels is Poivre Atoll in the Outer Islands of the Seychelles. Looking back at the history of the islands of Poivre, they had a somewhat ‘diamond in the rough’ beginning...

Poivre lies roughly 270km south of Mahé (the capital of Seychelles) and 40km south of D’arros on the Eastern edge of the Amirantes Bank. Forming part of the Amirantes Group, the Atoll consists of two island, namely Poivre (roughly 111ha) and Île du Sud (roughly 137ha) joined by a 750m causeway which crosses the reef flats and which is submerged during high tide. Poivre is the largest atoll of the Amirantes Group and its extensive surrounding flats holds a mix of turtle grass, coral and hard sand-bottomed flats.

Poivre was initially visited in 1770 and named Ile de Berger by Chevalier du Roslan after his ship Heure du Berger. His description of the island, however, seemed that he was confused with Desroches Island further East. The confusion was rectified the year after when it was renamed by Chevalier de la Biollière after Pierre Poivre who was the Governor of Ile de France and Réunion (named Bourbon at the time) from 1769 to 1772. He also named the nearby island of Florentin (which lies in the western margin of Île du Sud) for the Grey Herons which nest on the island - Florentin is the Creole name for the species. Pierre Poivre, an agronomist, also played an important part in introducing the spice industry to the Seychelles islands in the late 1770s which might be why he is known as “the famous Peter Pepper”.

The history of Poivre reads that it was occupied by one Louis Poiret, who arrived in the Seychelles islands in 1804 and was sent to Poivre. Poiret claimed to be the son of King Louis XVI and Marie-Antoinette, who were both executed during the French Revolution. The story goes that Poiret was smuggled out of the Temple Prison by devout royalists and sent into hiding in remote Seychelles. During his time on Poivre, he fathered 9 children (all sons named Louis and all daughters named Marie) by 2 mistresses and finally passed away at the age of 70 on Mahé in 1856. The island of Poivre is believed to have been used for planting Vanilla as the island is dominated by Hernandia peltataH. nymphiifolia, now more commonly known as Lantern Tree, which was used as support for Vanilla in the 1870s. As the years went on, the Island was privately owned by the Hadee Brothers of Mahé and visited on 9 October 1905 by the Percy Sladen Trust Expedition. 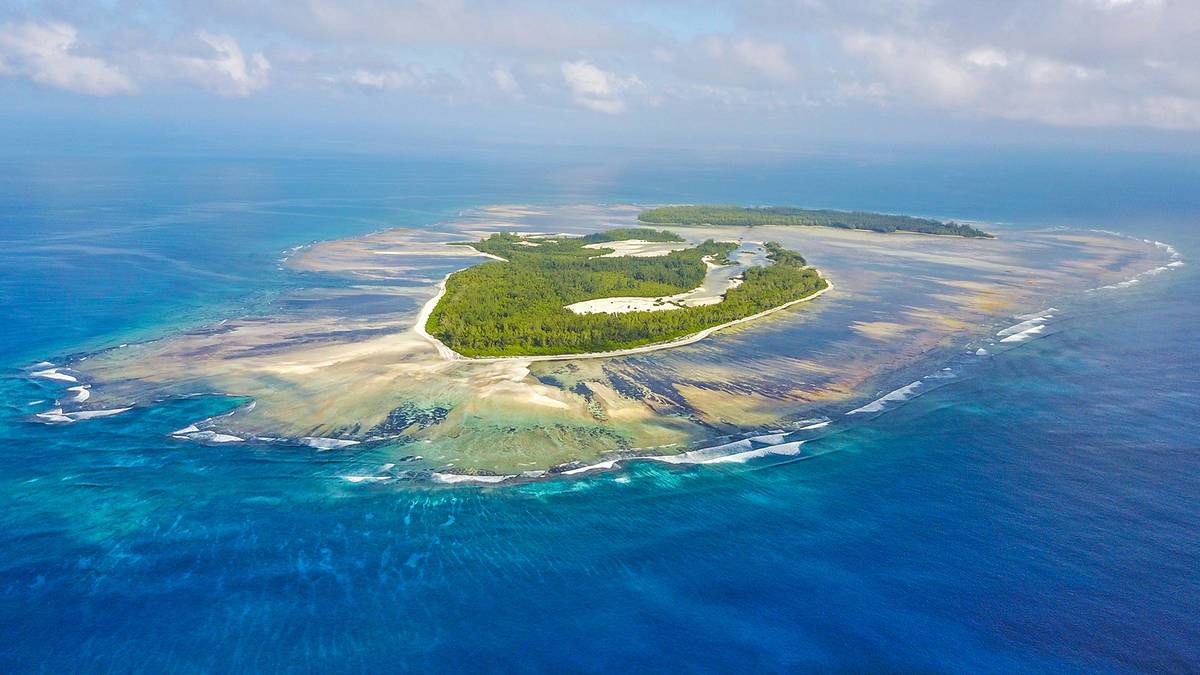 In 1944, it was reported that there was a healthy coconut plantation yielding between 120,000 and 130,000 nuts per month along with maize on the Island. At the time, there were 108 people living on the Island. The morphology, ecology, soils and agriculture of Poivre were documented in the 1960s and following a visit by S.A. Robertson in October 1976, a detailed plant list was compiled by himself and F.R. Fosberg. In 1983, Robertson described the Island as being in much the same condition as it was noted by Piggott in 1969, but added that there was additional agricultural activity along with cattle and pigs now being present. In present day, Poivre belongs to the Outer Island District and as it has a very small population there are no government buildings or services and residents need to travel to Victoria.

Today, Poivre is known for its more aquatic treasures and has become a leading destination for avid fly fishing enthusiasts. The topography, remote location and limited access make Poivre Atoll an exceptional fly fishing destination offering up a great variety of species to target. The beautiful flats of Poivre are surrounded by coral and turtle grass which makes it a sure favourite for Indo-Pacific Permit and as a result makes Poivre the best Indo-Pacific Permit fishery in the Seychelles. It is also an excellent Bonefishery. The flats also offer prime opportunities for targeting Triggerfish, Milkfish, Bluefin Trevally and GTs. Another Incredible feature of Poivre is the nearby 1,300m Amirante Trench which separates it from Desroches Island. The Trench holds a sheer drop-off which steps from 60 to 1,200 meters in a few kilometres and lends itself to constant, rich currents with an abundance of species. The unique seascapes of Poivre lends itself to thrilling Bluewater fishing as well as world-class jigging and popping. Another nearby hotspot is an area known as “The Kennels” which was named for the sheer amount of Dogtooth Tuna that can be targeted here. The current record fish caught here stands at 75kgs. The Bluewater species also extends to Sailfish, Yellowfin Tuna, Wahoo, Grouper, Marlin, Jacks, Snapper, Dorado and Barracuda. 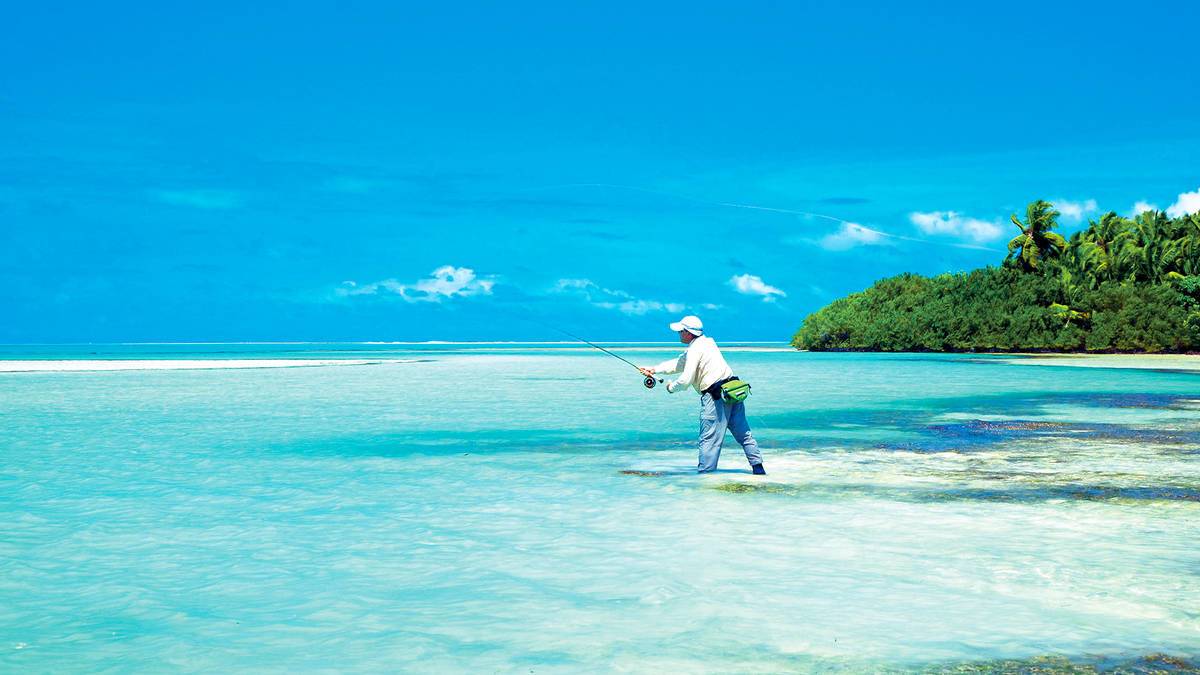 The Islands also have a thriving population of Blue Heron, Whimbrels, Fodys, Chinese Heron, Greater Frigate Birds, Noddies and Fairy Terns as well as being nesting grounds for Hawksbill and Green Turtles. As for the human inhabitants, Poivre has a small village on the Eastern point of the Island, sometimes referred to as Pointe Baleine village. The village is home to a small number of caretakers and conservationists that look after the precious ecosystem on the Islands. The Atoll can be reached via aeroplane, helicopter and boat through the small boat channel that was enlarged in 2008. 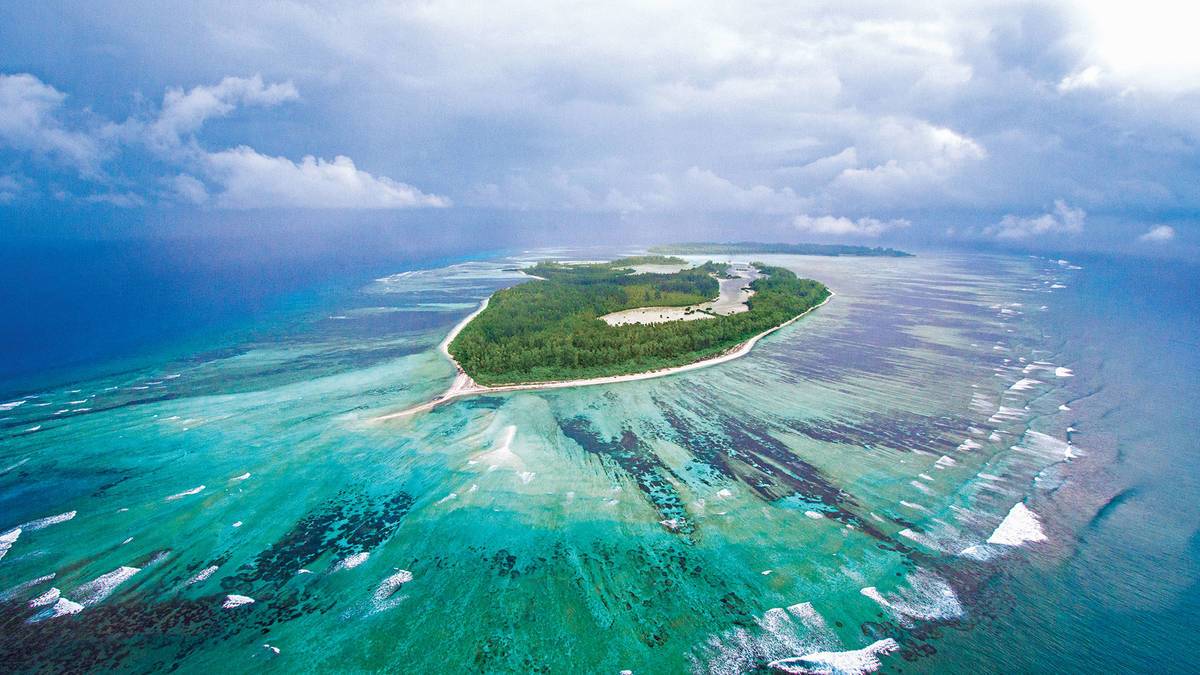 Poivre Atoll has seen a wide selection of interesting characters, crops and ownership throughout the years. Through all of its changes, it has remained a gem that the islands of the Seychelles are happy to count amongst its treasured jewels.