The past fortnight has seen a change up with the conditions as we move closer to the Northwest Monsoon period. At times the strong South-Easterlies prevailed, but then died down to produce some flat calm days on the water as well. We have had some showers during this transitional period when the best place to be was certainly underwater according to many of our divers. 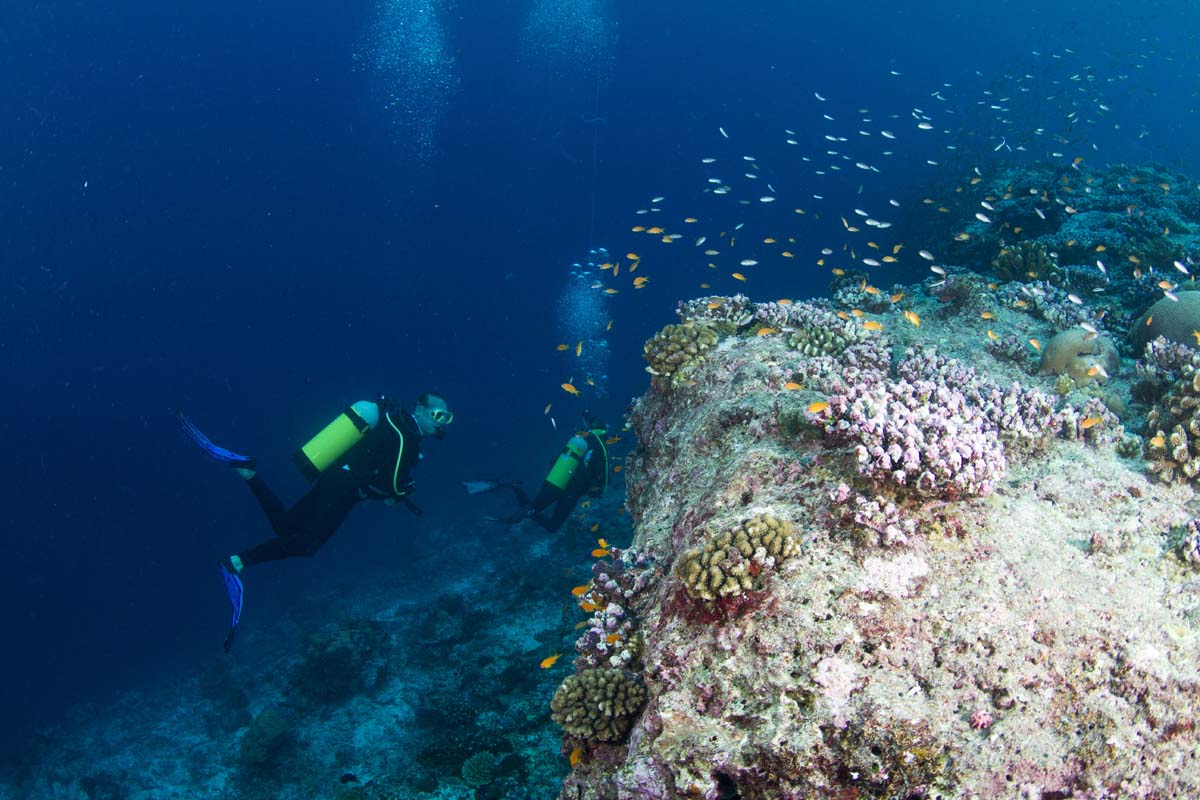 Our guests have undertaken a number of different PADI Courses including Bubblemaker for Gabin and Corentin B Discover SCUBA Diving (DSD) for Thibaud B and Open Water Diver for Florence C and Gavin G. On Alphonse Island, the learning experience is exceptional and the diving a privilege; Florence and Gavin completed their skills among vast schools of Trevally, Snapper, Turtle and with huge Napoleon Wrasse, Eagle Ray and Tawny Nurse Shark. They were also able to enjoy some macro life studying the numerous endemic Seychelles Anemonefish on their dives. Thibaud got to see most of this even on his one DSD dive! Congratulations to all of those that passed their course with Alphonse Island Dive Centre recently. 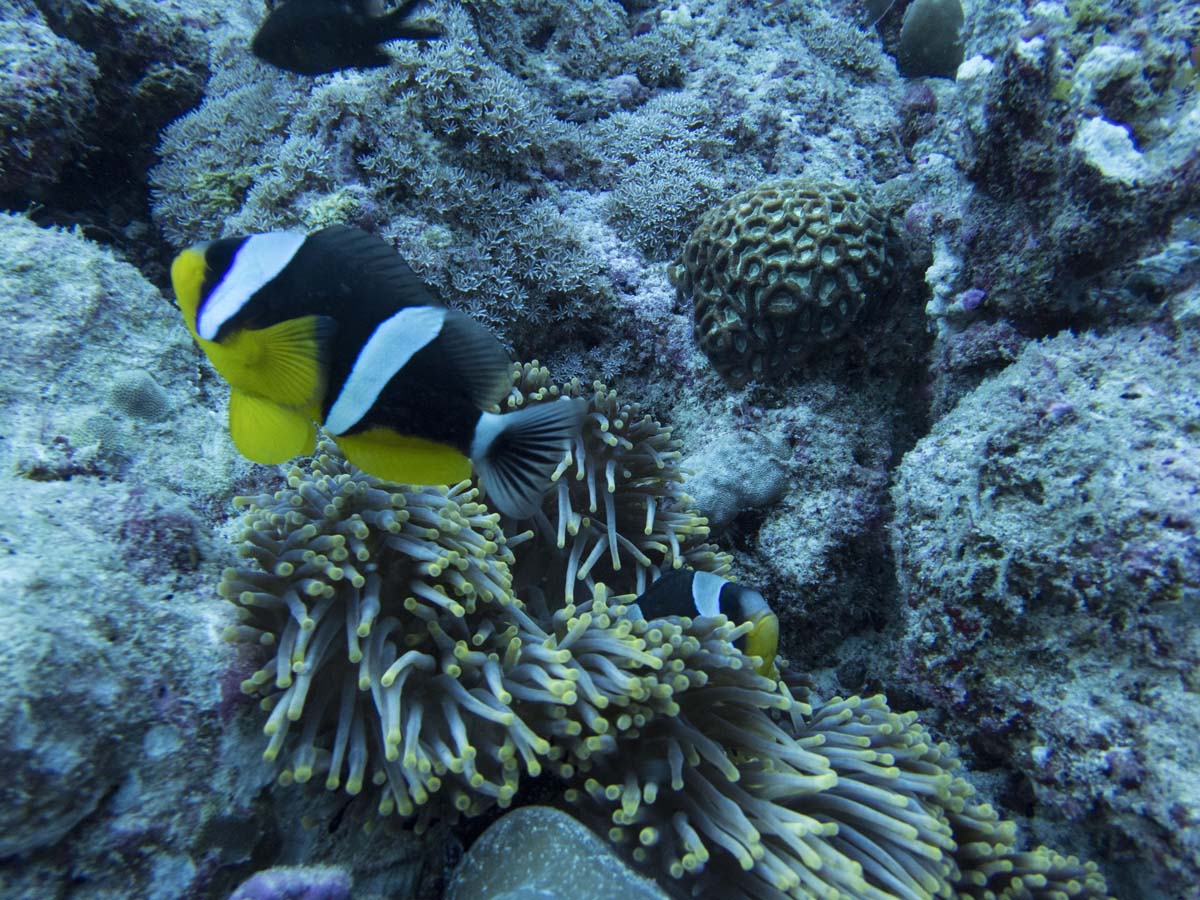 Our fun divers have also been delighting in everything that makes diving on Alphonse so special. Eric LF, who visited us from France, has hundreds of dives under his belt, but still was amazed at large schools of fish he has rarely seen before. New species such as the Giant Sweetlips were also a curiosity for him as well as macro life such as the Tiger Mantis Shrimp. Eric’s final dive at the Pinnacles with 35m+ visibility was the most scenic for him; the Giant Coral covered structures there colourful and vibrant. 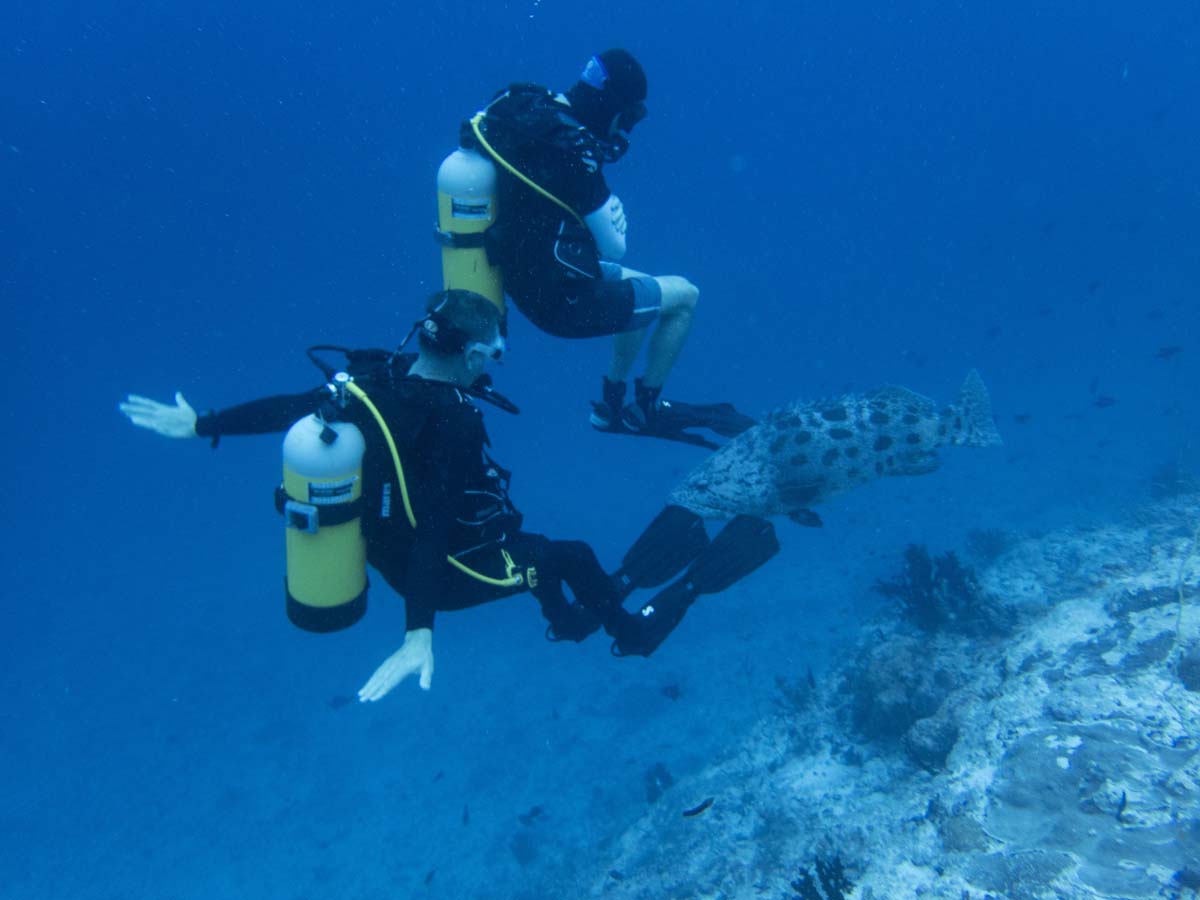 The Rawlinson father-and-son duo, Paul and Tom, also marvelled at the sheer abundance of fish they saw during their dive package last week seeing “more fish than anywhere else we have dove recently”. Whilst these two divers have seen a lot of underwater spectacles it was the wonderful close encounters with turtles that Tom enjoyed the most. The Rawlinson’s also had other close run-ins with large Groupers, both the Potato and Giant species. On a dive at East Side Wall, one Potato Grouper began tailing the duo who calmly enjoyed the interaction fins first with the monster fish! 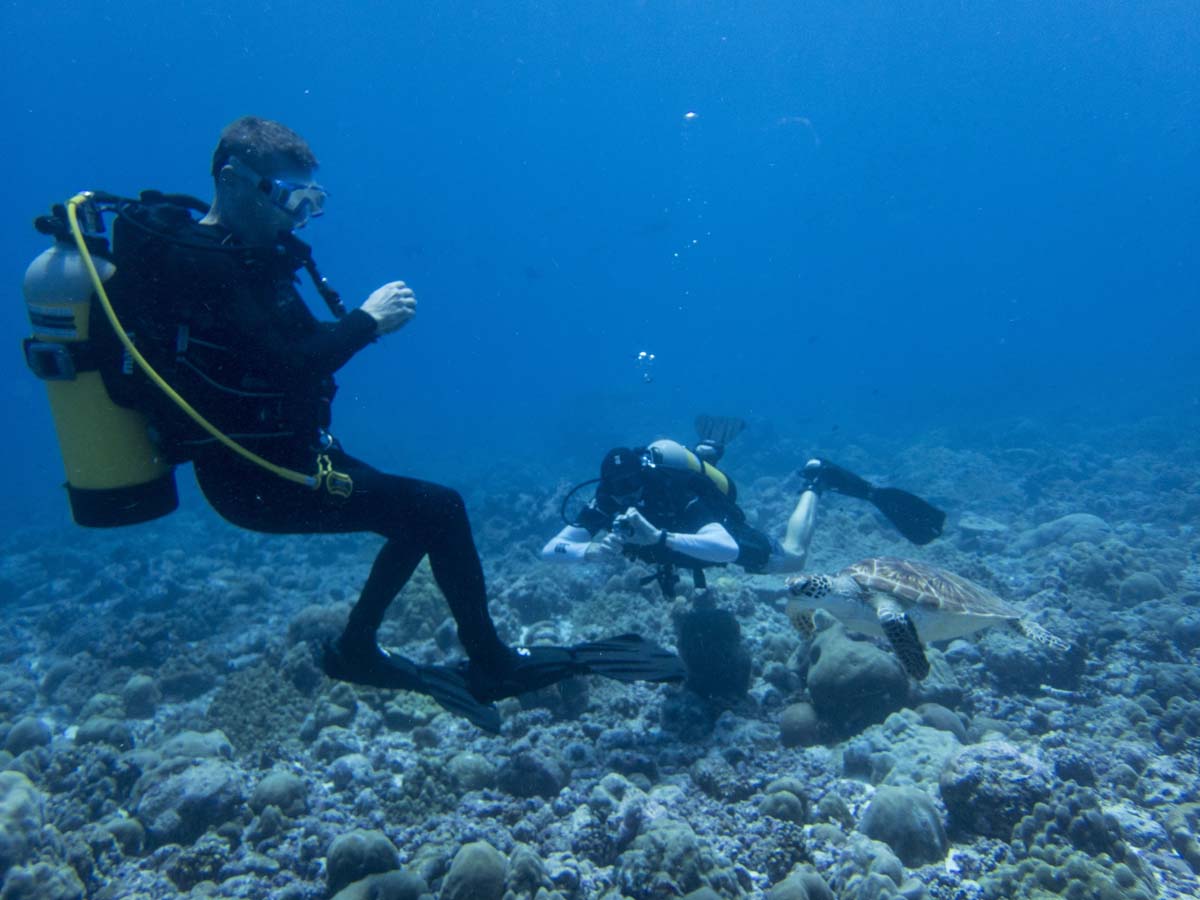 Whether a diver is beginner, advanced or a trainee, there are magical moments all around Alphonse Island.