The past two weeks have been incredible with little rain and weak winds making our diving trips just perfect. Our boats have been full of keen divers heading out at all hours of the day for dawn, day and night dives. Alice O has been dreaming of coming to her bucket list destination of Alphonse Island for months and spent the week diving every day. To our delight a group of fishermen from the U.S.A. decided to take a break from casting their fly rods and take a dip underneath. Advanced divers Doug T, Patrick L and Edward B kicked it off with a double tank dive shortly after stepping off the plane whilst Frank P, Eric R and Gerald R opted to take a Scuba Review to refresh their dive skills that had been unused over the last decade. Our PADI champion however was Faniol A who completed his Rescue Diver Course with ease. 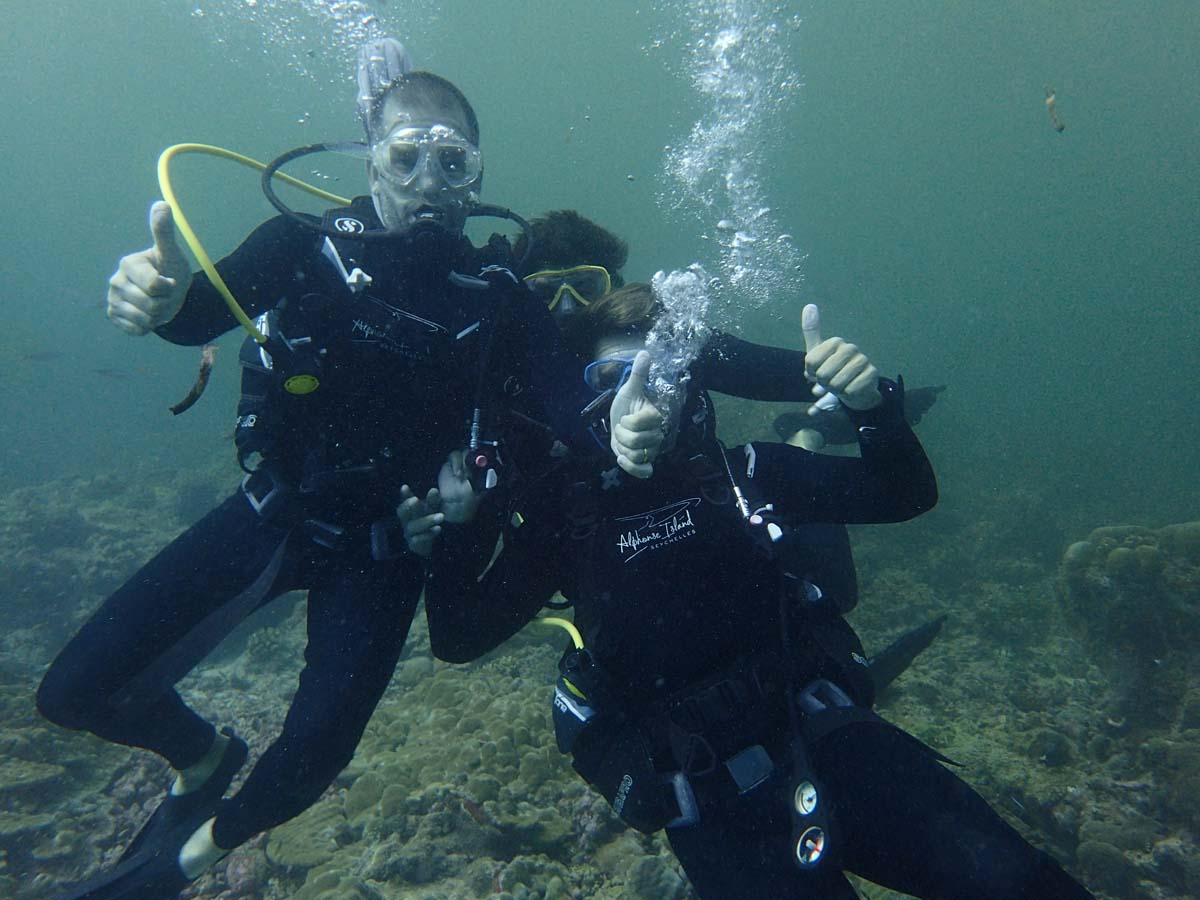 The Indo-Pacific held a lot of treats for our divers from the U.S.A. who are used to Caribbean diving. Alice was amazed by the diversity of different fish species, especially enjoying Anemonefish and Giant Sweetlips. Our group of fishermen had similar feelings later in the fortnight with Ed B particularly enamoured by the juvenile emperor angelfish, or 'discofish' as we like to call it. Further dives in the week revealed the group's soft spots including Eric R delight in the huge amounts of turtles here. Frank was more of a mollusc man and marvelled at the octopus sightings at Theatre whilst Pat was crazy for the Moustache Triggerfish. Gerald was in absolute awe when a large school of Bigeye Trevally - a fisherman's dream - encircled him! 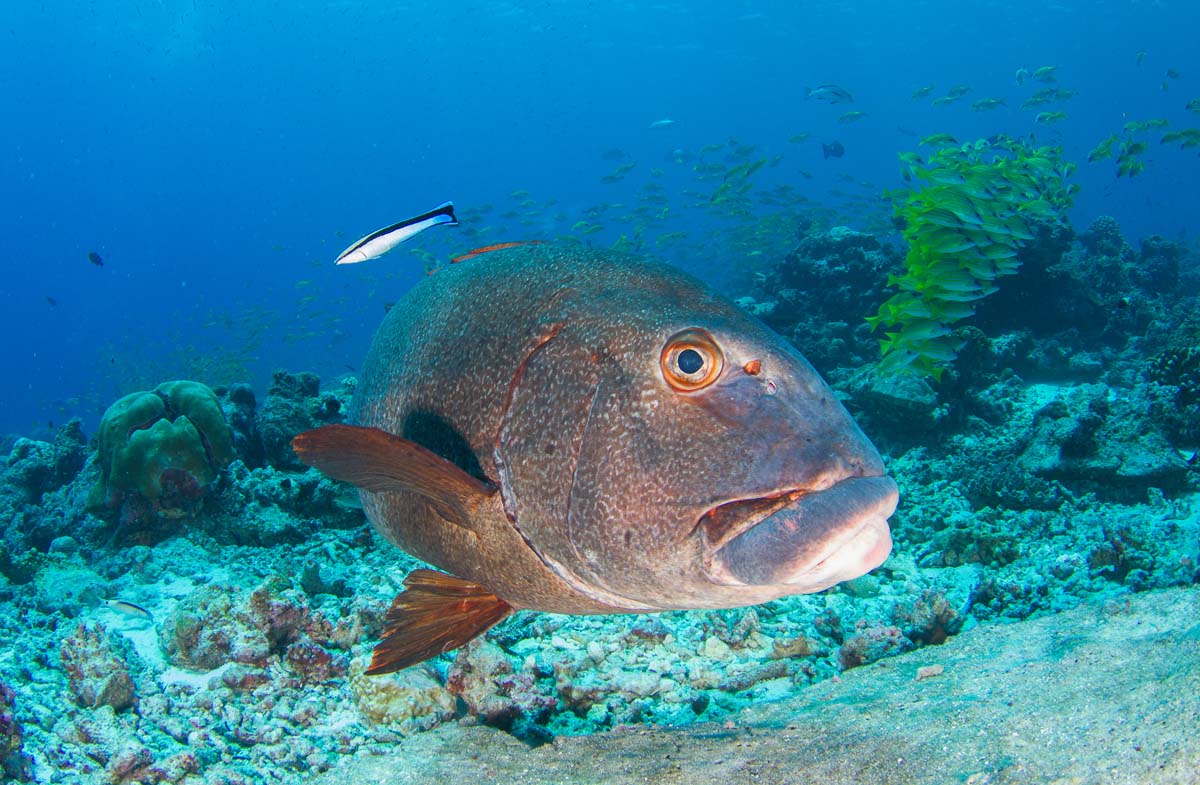 Our night dives have been spectacular with large amount of plankton and small cardinal fish littered throughout the water column. Feeding was on the agenda on the full moon particularly for humongous free-swimming Honeycomb and Fimbriated Moray Eels. We even got to see a Tasselled Scorpionfish lie in wait and ambush a small cardinal. We were not disappointed on our night dive at Wonderland, a dive site known for its abundance of lobster by day, when we got to see more than seven Spiny Lobster crawling over the reef. The top sighting was, however, our first ever record of a Slipper Lobster. 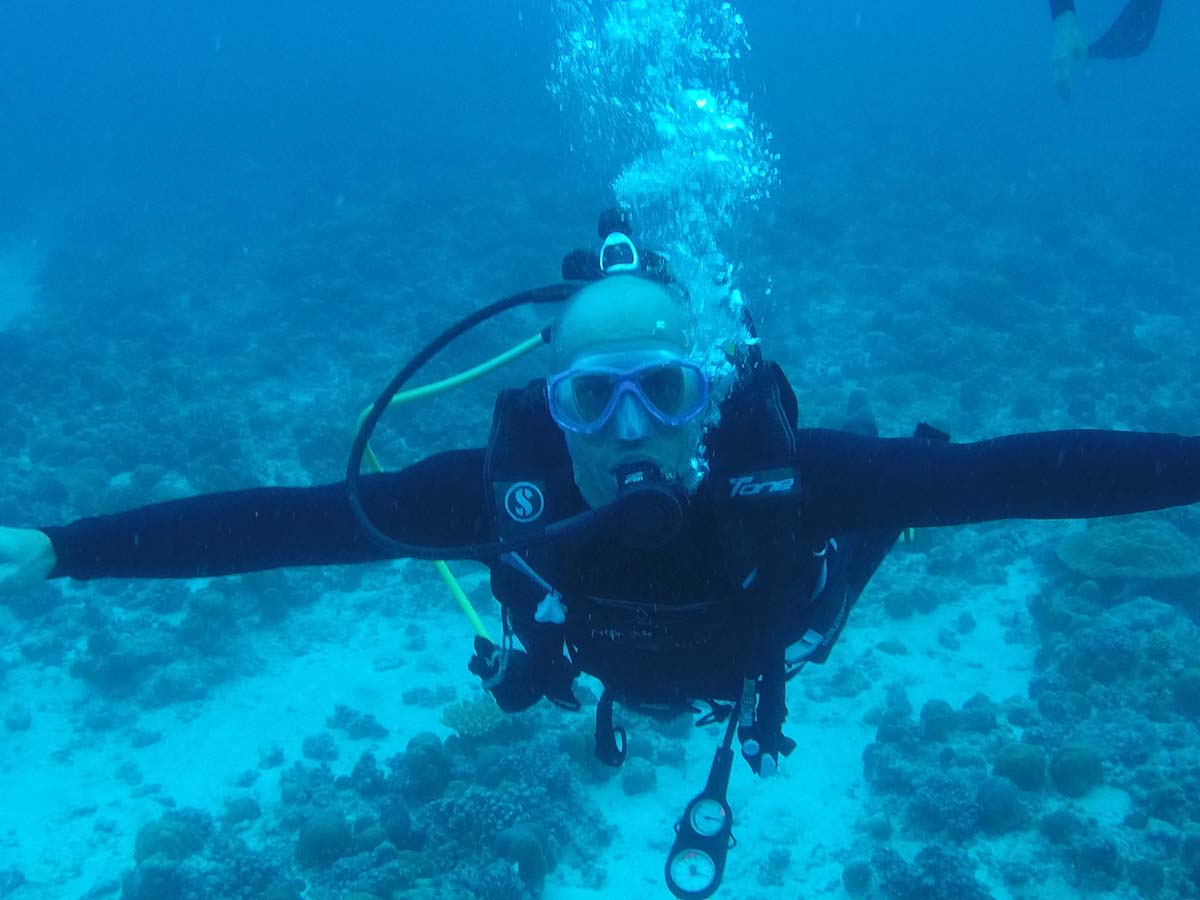 Ed B 'flying' through the water

As if the diving was not enough in itself, our guests were able to jump in the water to swim with Reef Manta Ray and spot Humpback Whales breaching, tail slapping, fin slapping and spy-hopping. Alice braved the waters to swim with these majestic giants but narrowly missed them. The team were able to make up for it the next day however and swim beside a mother and calf.

Alphonse has really been a place where diving dreams have come true over the past fortnight.