Giant Tortoises of the Seychelles

Giant Tortoises of the Seychelles

It is well-known that the Seychelles in the Indian Ocean is home to a spectacular assortment of marine species. From large sea fans and whip corals to Eagle Rays and Moray Eels to fierce species like the Giant Trevally and Dogtooth Tuna. All of these species bound together in the tropical waters of the Seychelles and form an intricate underwater ecosystem. But the Seychelles is also home to a number of incredible land-dwelling species, like the curious Aldabra Giant Tortoises. 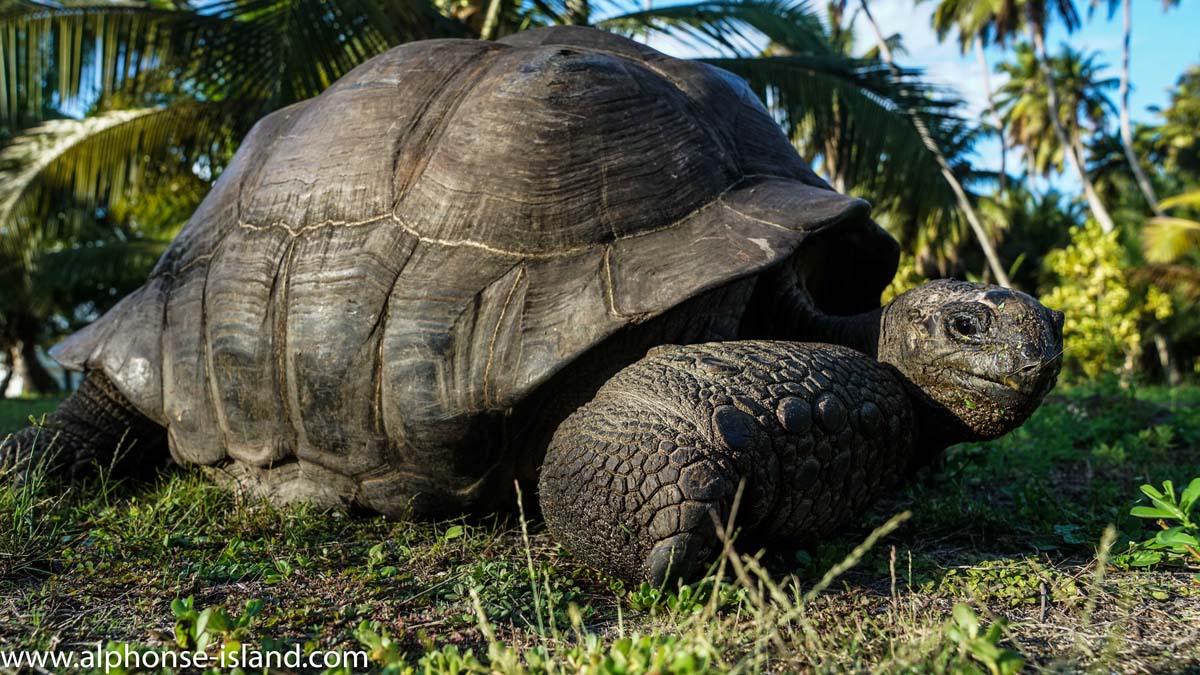 Giant Tortoises van only be found in two places in the world today - the Aldabra Atoll in the Seychelles and the Galapagos Islands in Ecuador. These ancient creatures can weigh well over 400kg and grow to be roughly 1.3m in length. Some individuals have grown over 250 years old, but most live between 80 and 120 years. Due to their long lifespan, they only reach sexual maturity at around 30 years. Once mated, the female will lay roughly 25 eggs in a dry, shallow next and incubation takes up to 8 months. All of this makes predation and hunting of the species a very real problem. 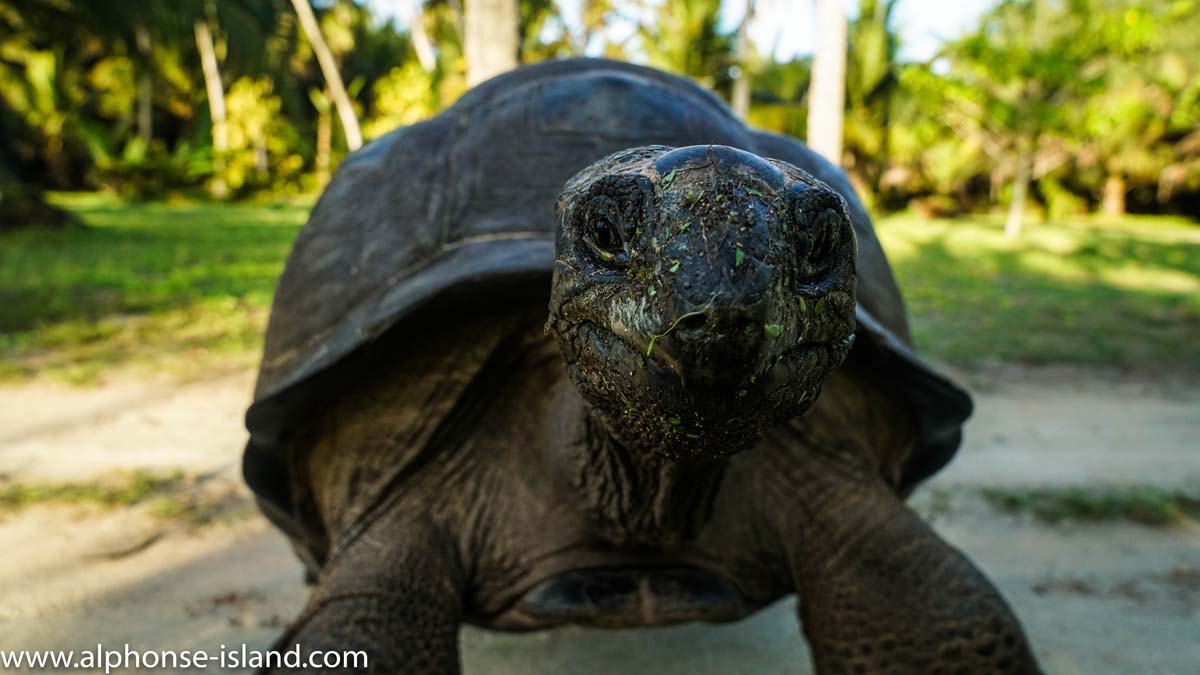 During the 1700s and 1800s, most of the Giant Tortoise species were driven to extinction due to the over-population of European settlers and introduction of predators like cats and dogs as well as goats which would devour large quantities of vegetation before the slow-grazing giants could get to it. Believed to have once occurred on all continents, except for Australia and Antarctica, the Giant Tortoise has now been reduced to a handful of populations. Luckily (and most likely due to its remoteness), the species on Aldabra Atoll remains and is now being protected as the whole of Aldabra has been declared a World Heritage Site. 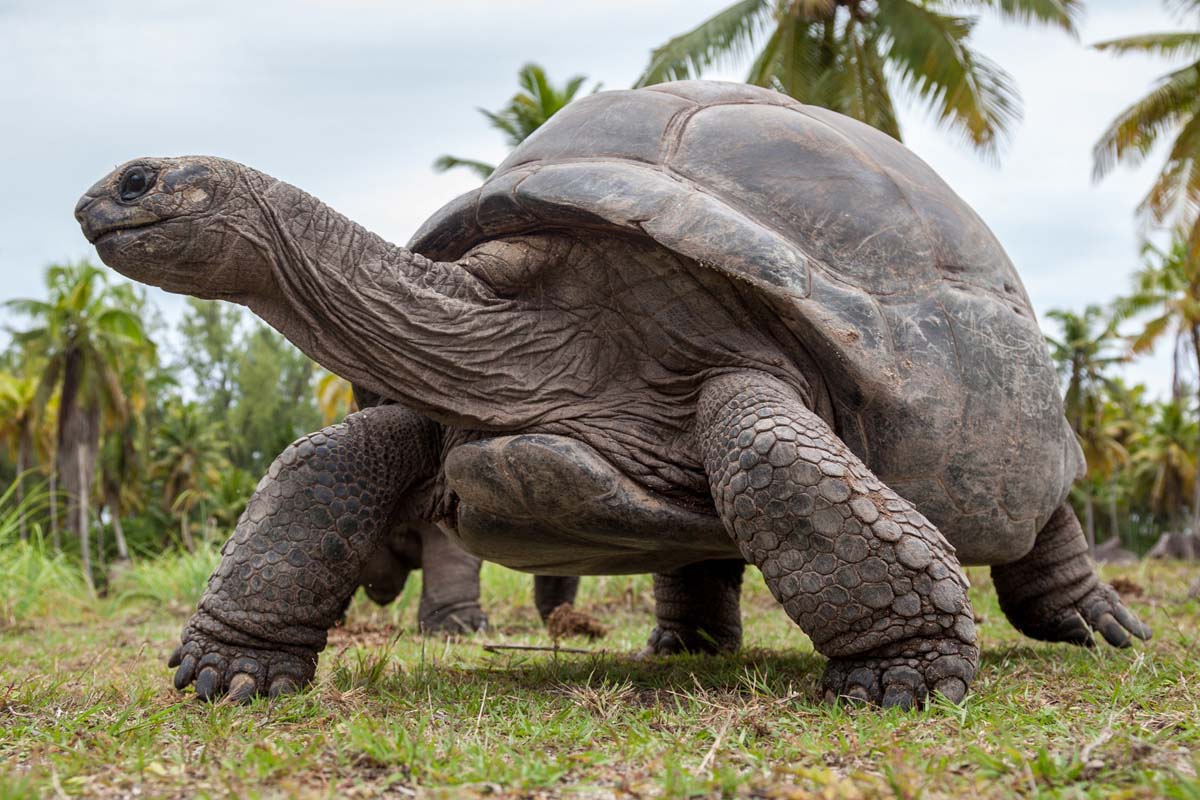 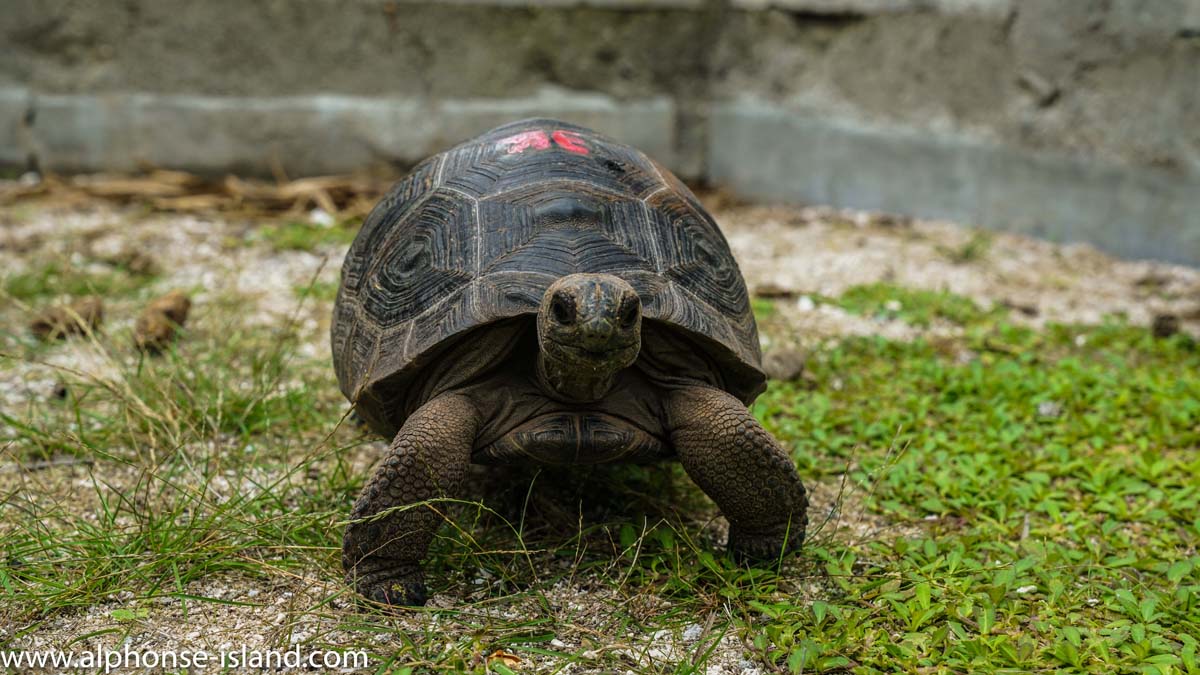 When Alphonse Island was first discovered, there were no tortoises on the island, but in 1999 the first 10 were introduced. Along with the help of the Island Conservation Society (ICS) and their dedicated conservation centre on the island, Alphonse Island has been able to monitor and keep track of the population's growth and well-being. There are currently 51 Aldabran Giant Tortoises ranging from hatchlings to full-grown adults living freely on the Island. These large, slow-moving creatures are herbivorous and can be spotted grazing on the Island and using their long necks to break off leaves from foliage growing higher up. They have also been known to eat fruits and berries.

Be sure to keep an eye out for these gentle giants when exploring the Island!

Read about our favorite sharks of the Seychelles to scuba dive with.

Seychelles is known for its unique and interesting species. One such crazy creature is the Coconut Crab.

The Seychelles can almost be described as a crown, dotted with a collection of rare gems in the form of isolated islands and remote atolls. One of the crown jewels is Poivre Atoll in the Outer Islands of the Seychelles

After careful preparation and excited anticipation, Alphonse Island Dive Centre has opened its doors for the 2017/2018 Season.

Experience the scuba diving sites of Alphonse Island (less than 30 minutes away) in the Outer Island of the Seychelles.

Dive Sites of Alphonse (less than 20 minutes away)

Experience the scuba diving sites of Alphonse Island - less than 20 minutes away - in the Outer Island of the Seychelles.

Discover some of the best scuba diving sites around St. François Atoll near Alphonse Island, Seychelles.

Explore the Scuba Diving Sites of Bijoutier Island near Alphonse Island in the Seychelles. Discover the underwater treasures of this little jewel in the Indian Ocean.