Spinner Dolphins of the Seychelles

Spinner Dolphins of the Seychelles

The warm tropical waters of the Seychelles is home to a variety of marine creatures, from sea fans to Green Turtles to sought-after species like Indo-Pacific Permit and Yellowfin Tuna. Among these spectacular species, the crystal clear water is also home to the sweetheart of the ocean, Dolphins, and around Alphonse Island you can often spot Spinner Dolphins. 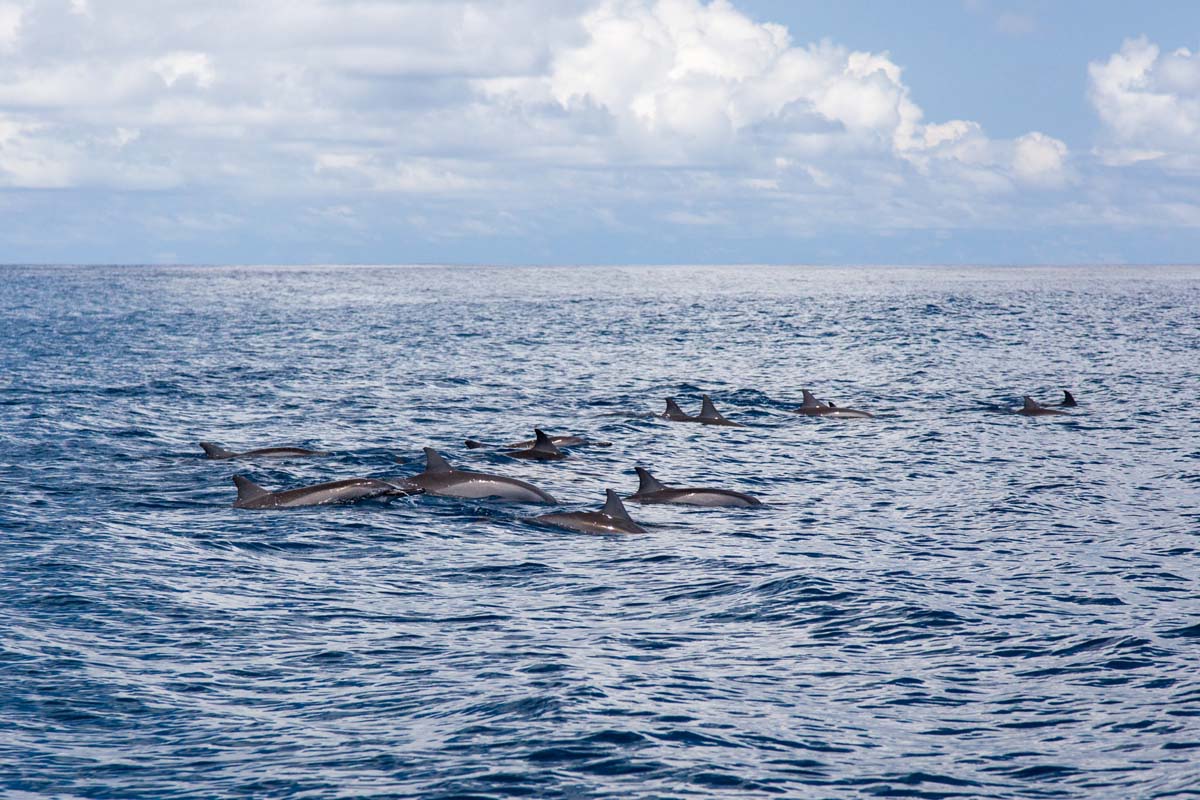 Spinner Dolphins (Stenella longirostris) is named after their acrobatic jumps and their scientific name comes from their tell-tale long beak. This species is also charcterized by their triangular dorsal fins and 3-tone colouring of dark grey on the back, lighter grey on the sides and light grey to white bellies. They also have a dark line that runs from the eye to the flipper. And despite being the smallest species in the world, they have the biggest amount of teeth with 45 to 64 sharp teeth on either side of their upper and lower jaws. These sharp teeth help them to make quick work of their prey which includes prawns, eels, squids and small mesopelagic fish. 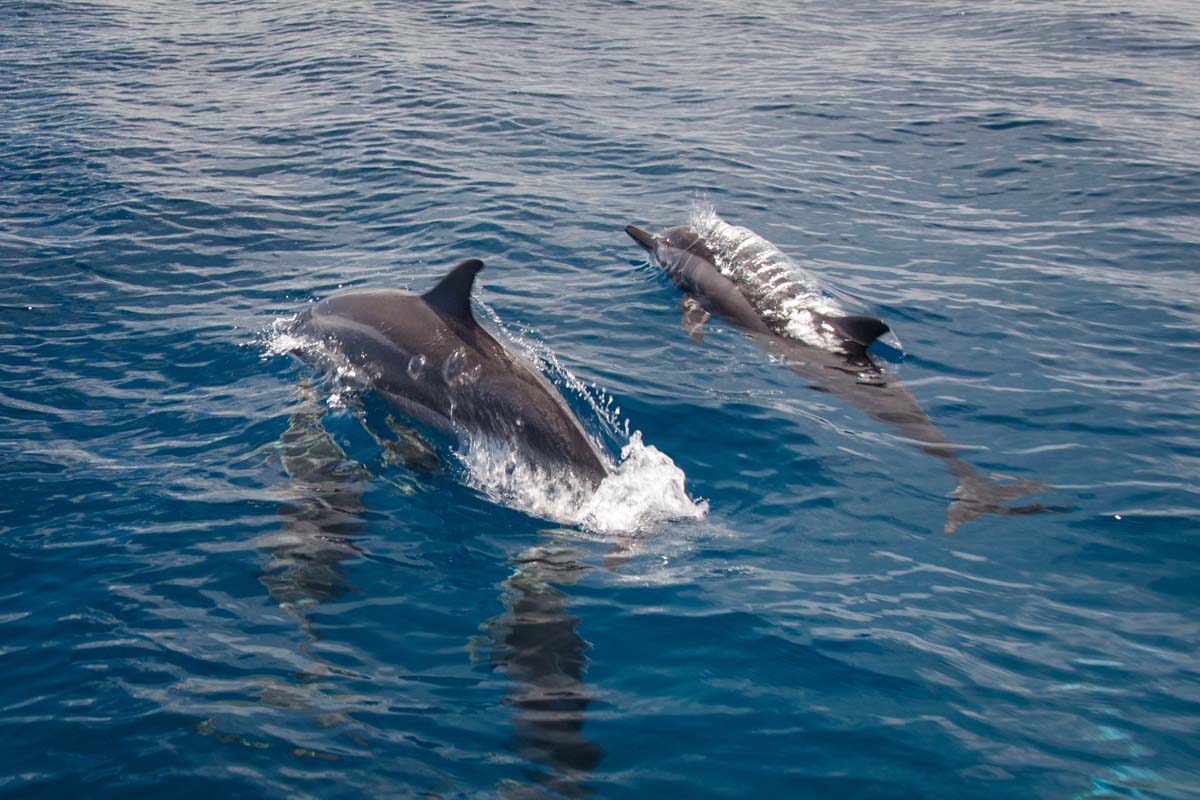 This species is known to form large pods of up to 200 members and will often mix with groups of other Dolphin and Whale species, even Yellowfin Tuna. The males can grow up to over 2m in length and weigh around 80kg where as the females rarely grow larger than 2m. They tend to hunt at night, but during the day can be seen relaxing and playing, especially the juveniles. 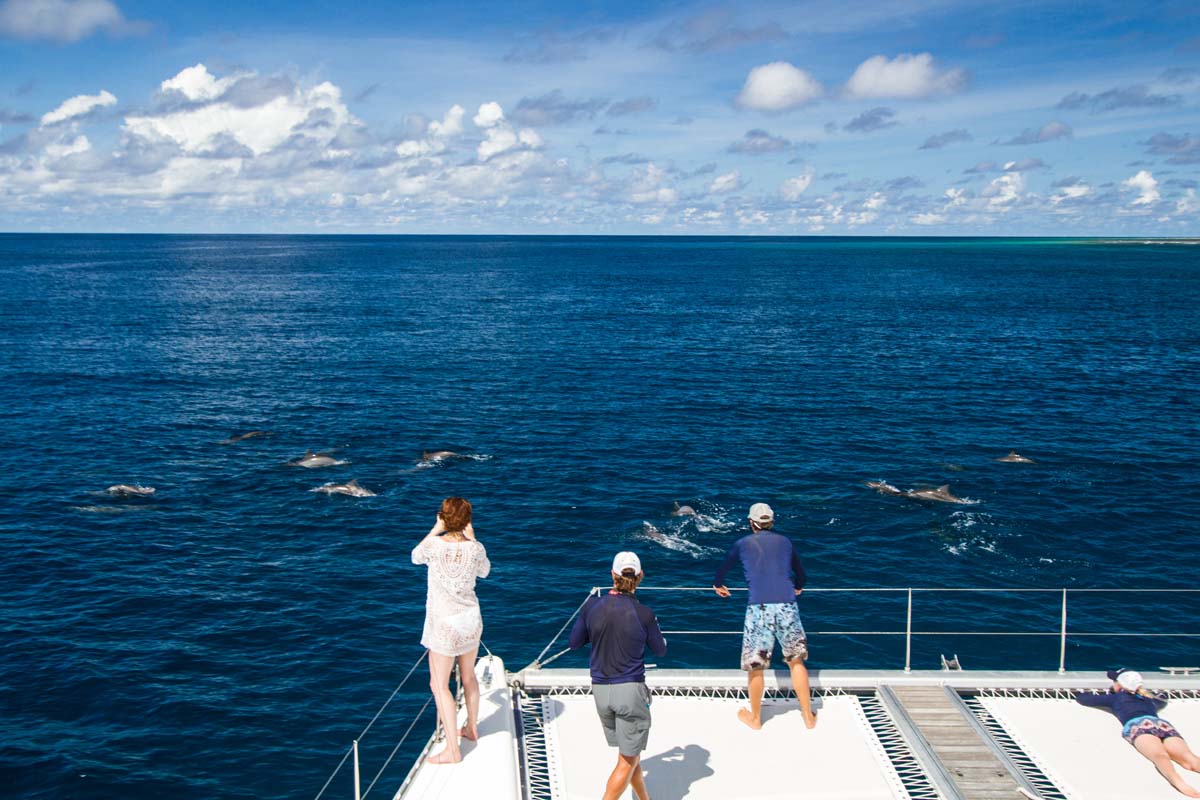 Around the islands of Alphonse and St. François there have been sightings of pods that are 200 members strong. Heading out on ocean experiences like snorkeling and scuba excursions guests will often see these agile cetaceans jumping and flipping through the air as well as ride the bow waves of the boat. Guests are encouraged to remain on the boat at first as this species is quite shy, but once the pod has moved closer, you are welcome to join them in the water. 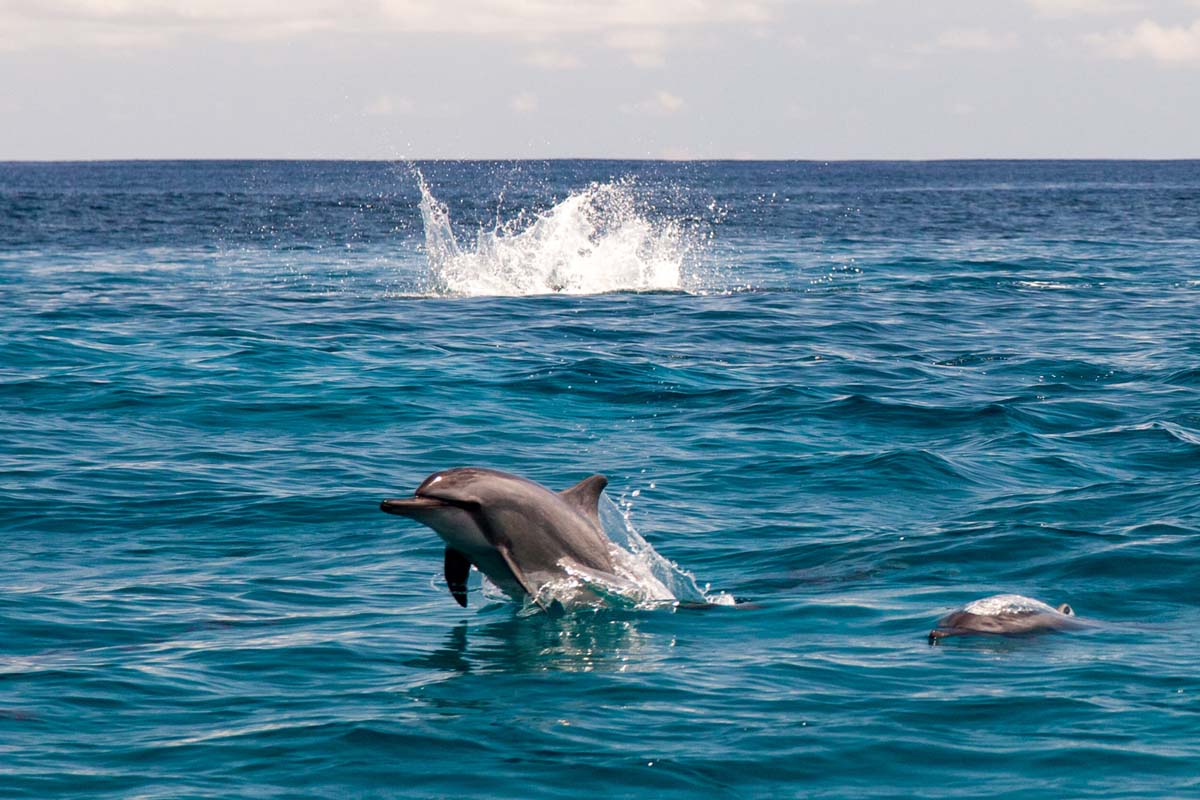 Their delightful jumping and spinning is believed to be a form of communication as well as a way to get rid of parasites. When jumping, they can make up to 5 spins in the air which is achieved by great acceleration underwater and the torque of the tail as it breaks the Dolphin breaks the surface of the water. They are really a sight to behold as they show off their agility in a variety of spyhopping, tail slapping, back flips and synchronized swimming. 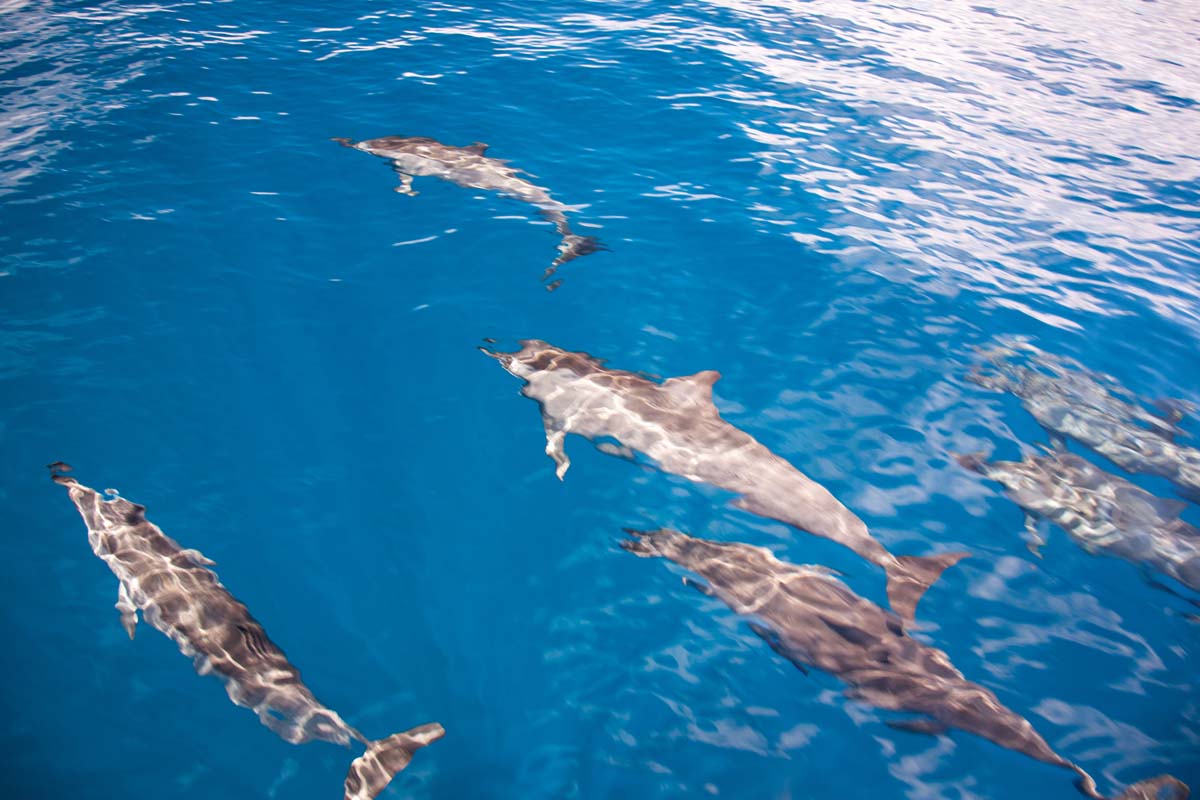 During the months of March to April, large pods with small babies are often seen around Alphonse Island. Staff has noticed that when there are babies in the group, they tend to move quite a bit less which makes spotting them quite a regular occurrence. Alphonse Island provides to be a unique holiday destination.

Also have a look below at these graceful beauties underwater: