The Green Sea Turtle of the Seychelles

The Green Sea Turtle of the Seychelles

Located in the heart of the Indian Ocean is the magnificent group of islands that make up the Seychelles. The remote location along with the warm waters have allowed the area to remain mostly undisturbed and home to an unbelievable variety of marine life. To ensure the continued flourishing of these beautiful species, Alphonse Island along with the Island Conservation Society (ICS) are dedicated to protecting and educating guests about the conservation of this unique marine ecosystem. 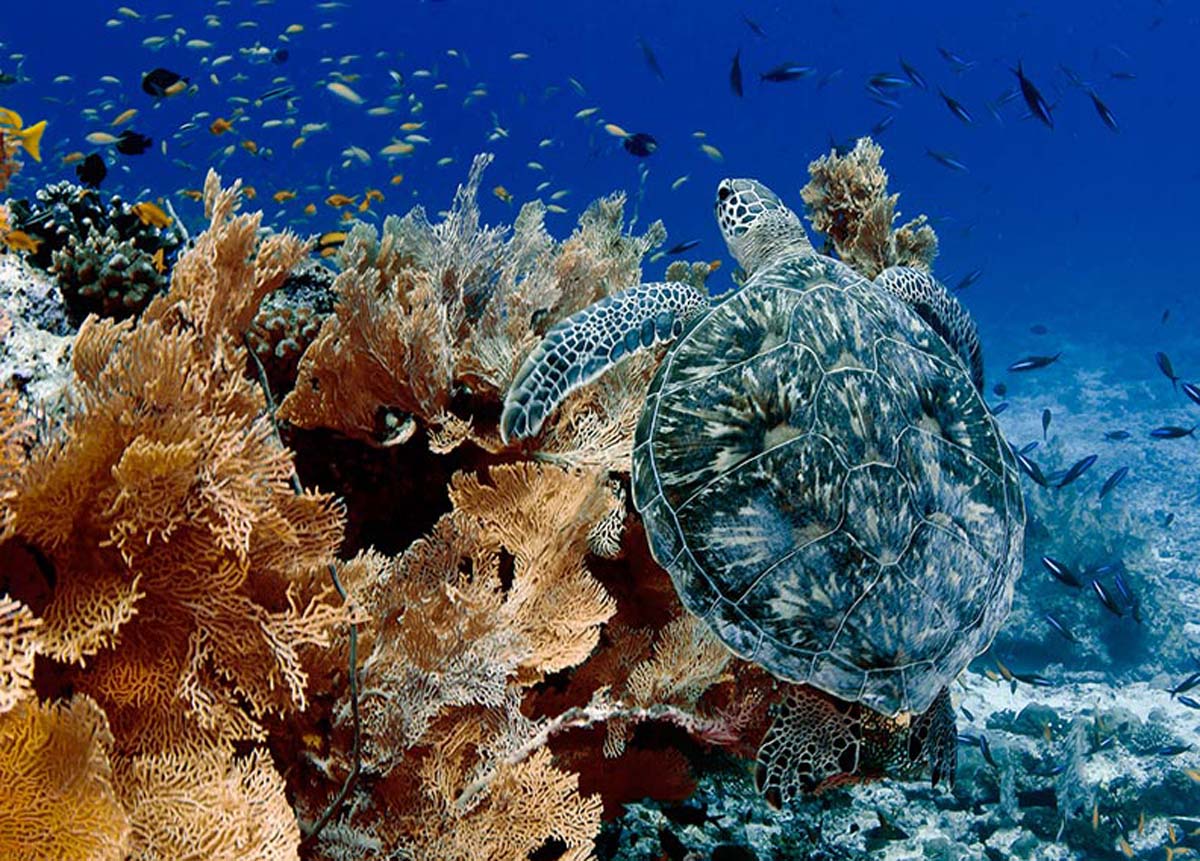 One of these spectacular species is the beautiful Green Sea Turtle (Chelonia mydas). The Green Sea Turtle, also known as the Green Turtle, Black Turtle and Pacific Green Turtle, is the largest shelled sea turtle in the world. The Green Turtle is the only species in the genus Chelonia and unlike other sea turtles, the adults are herbivorous feeding on seagrass and algae. In the Seychelles, turtles have been protected since 1994 and these majestic creatures are a sure favourite amongst our guests. They can often be spotted during snorkeling and scuba diving excursions making their way along the coral reef. However, they didn't always have such an an easy life. 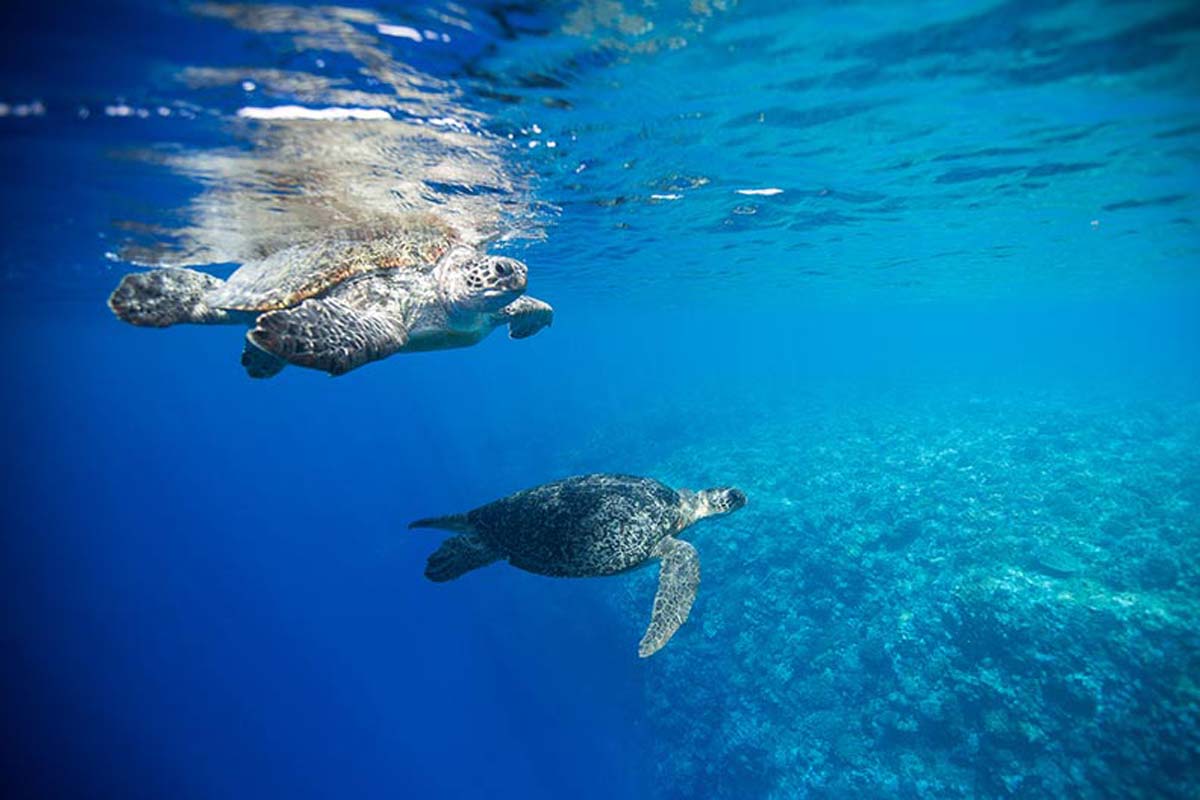 In the past the species was heavily hunted for its meat and its name actually comes from the green colour of the fat found inside the shell. These beauties can grow to 110 to 120cm in length and weigh around 200 to 300kg. By the 1960’s, after many years of being hunted, Green Turtle numbers were at an all time low and in 1982 the species was officially recognized as ‘Endangered’ by the IUCN Red List. In 1996, the Seychelles made it illegal to hunt Green Turtles, but despite this Green Turtles still face a great many threats such as destruction of nesting sites and getting entangled in discarded fishing nets. 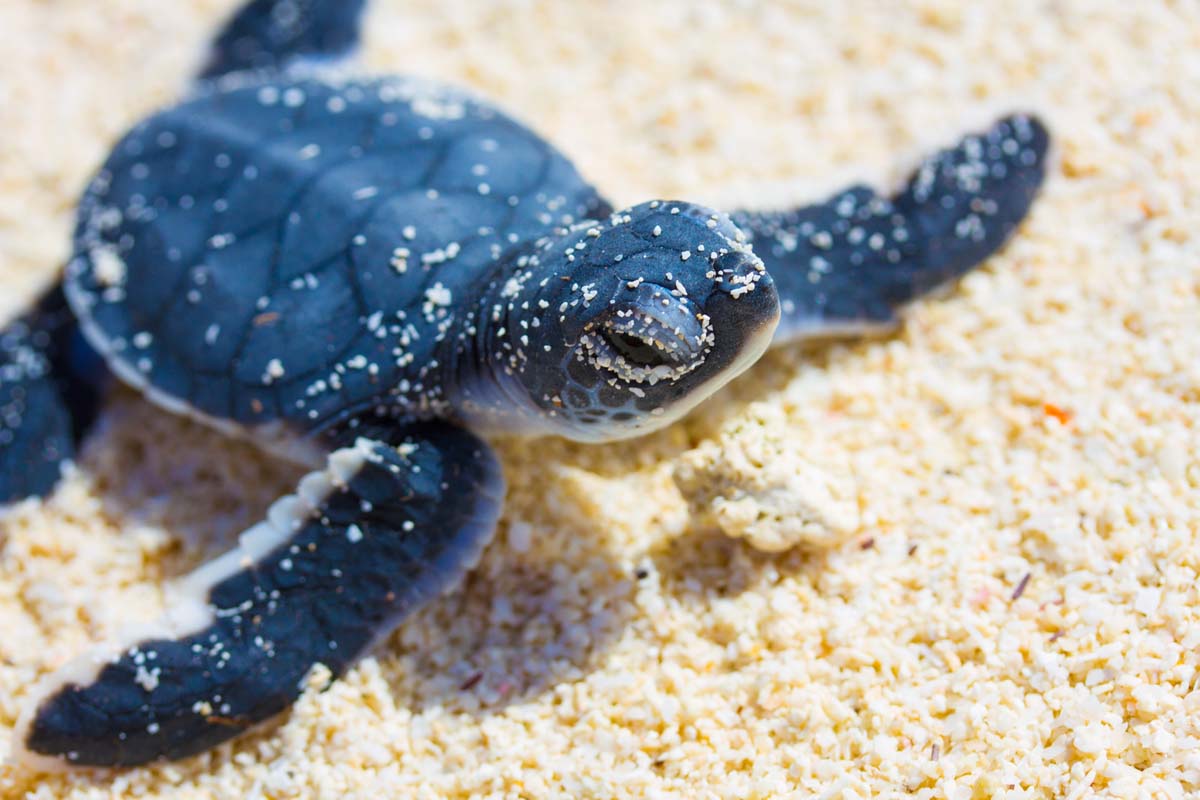 The efforts seem to have some success as over the last few decades, the number of Green Turtles around Alphonse Island have slowly been increasing. Guests out on excursions on the seagrass beds around the Island will be amazed at the number of turtles you are able to spot, especially juvenile Green Turtles. On the rare occasion guests may be lucky enough to spot a female making her slow trek up the beach to lay her eggs or the delightful sight of hatchlings making a mad dash across the beach to reach the ocean. 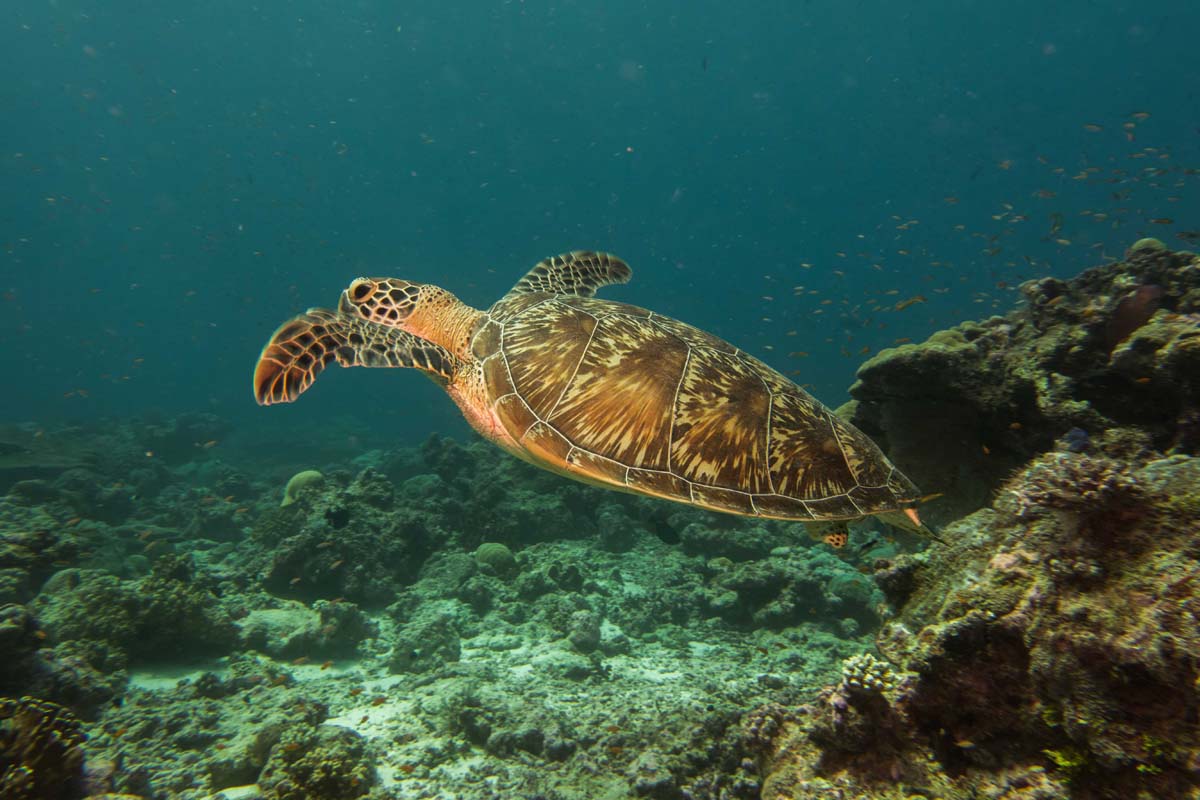 Green Sea Turtles are but one of the wonderful marine species to be viewed during your stay at Alphonse. Be sure to have a look at some of the other ocean experiences and island activities on offer through which you can view more of the wonderful species on the Island.